Divided Land: a report on the game’s first outing in Sweden.

As a sort of pre-publicity for Divided Land next April (and as a quick fulfilment of my obligation to write at least one article for MilMud) I thought some of our members might be interested in my own view of what happened during the first playing of the megagame version, in Malmo earlier this year. To my knowledge this was only the second megagame ever played in Sweden, and certainly the first historical game (I had helped put on Watch the Skies before).

It was an interesting game, 26 players instead of the 44 planned for next Spring, but it still seemed to work reasonably well, although I have made quite a few amendments for the bigger game next year. I think the game started with a lot of players thinking they could find a peaceful solution pretty easily, and wanting (perhaps with hindsight) to be very humanitarian. The situation changed quite quickly though, as Irgun and Lehi pursued an increasingly violent terror campaign, determined to destroy any possible deal that did not give them the Jewish state they wanted.

What most players did not realise was that in their campaign the terrorists (freedom fighters?) were being secretly supported by the more extreme wing of the Jewish Agency, who had a pragmatic belief that war was inevitable and the sooner the British were out the better. Perhaps the activists’ secret support of the terror campaign went a bit too far in the end, as the government in London came under such increasing pressure from the public and press at home that they stopped trying to find a compromise solution and instead listened to the Chiefs of Staff, finally declaring full martial law, replacing the GOC in Palestine, and sending an extra two divisions to Palestine to help the new ‘get tough’ regime impose order.

While this eased the pressure on London, it led to a decrease in support for the Jewish Agency among the Yishuv, their own community in Palestine, as the economy stuttered to a virtual halt and everyday life became increasingly intolerable. Living under martial law, increasingly unpopular with their own people and under increasing pressure from a USA that was beginning to flex its economic muscles, the agency was virtually forced into talks with the Arab League – and into trying to suppress Irgun (although the Agency activists made sure that this was only a show of effort, deceiving both their more moderate colleagues and the British forces).

From the Arab side, most members of the League were surprisingly agreed (a fault of the briefings), and seemed increasingly willing to listen to Abdullah of Transjordan. (They may have been influenced by the fact that Abdullah and Glubb Pasha were making no secret of the fact that the Arab Legion was mobilising, calling up its reserves, and engaging in some very open training manoeuvres!) But the rift between Abdullah and the Mufti was only being papered over. At the time of game end, both the Jewish agency and Abdullah were looking for the Mufti with death squads ready to assassinate him! Despite all these papered over cracks, there was a deal announced to the UN Special Committee…. But when the Committee met to take evidence from the various parties on the details involved, it was quite clear that there was in fact no real agreement, since the League, Abdullah, and the Agency all had very different ideas on what that deal was! When asked directly, the League and the Agency each acknowledged that they would not accept any other version of the plan other than their own, while Abdullah seemed happier with the Agency’s plan rather than the League’s. The British kept quiet, breathing what seemed to me to be a sigh of relief, since all the parties had agreed to allow the British to keep 3 bases in Palestine after they withdrew.

During the final frantic negotiations, the Americans had agreed to bankroll any agreed peaceful settlement – and had even agreed to take more Jewish immigrants themselves from the Displaced Persons camps in Europe. But now they were left scratching their heads since there appeared to be no real deal anyway. The whole scenario played out differently in many ways from reality but sadly -and perhaps inevitably- with the same final result, gathering clouds of war on the horizon.

There were too many minor actions to enumerate them all, but I will just mention three gems that stand out in my own mind….

It was a very informative and enjoyable day, reassuring me that the original committee game has made a successful transition into a megagame. It also gave me some very clear indications of changes I want to make before April. I’m really looking forward to it. 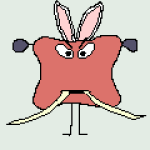