This is Nick Luft’s game of 4 Panzer Division’s attack on Warsaw on 7 September 1939. At VCOW Seize Warsaw occupied the same time slot as my GRAPPLE X, so I was glad to be able to take part in another run of the game that Nick put on for the Holborn group a few weeks later.

Nick’s game has an operational-level focus, with players representing brigade and battalion commanders and chiefs of staff. Nick ran the game on the Discord platform with a Conceptboard map. As you would expect Nick had researched the actual battle thoroughly and this gave the game a very authentic feel. As the chief of staff of the divisional reconnaissance battalion I had a busy and thoroughly engrossing afternoon.

The battle went no better for us than it did for the real 4 Panzer Division, and even though the Vistula bridges were so close it rapidly became clear that columns of light tanks with a few motorised infantry bringing up the rear were really not the way to break through Warsaw’s heavily barricaded and fiercely defended streets. At the end of a hard day’s fighting we fell back to the outskirts and decided to await more suitable reinforcements before renewing our attack.

It’s the mark of a good game that it makes you look again at the history, and Nick’s game spurred me to think about another battle on the same ground five years later: the crushing of the Warsaw Home Army uprising in August 1944.

Looking at Norman Davies’ book Rising ’44 (Pan, 2004), I could see that the Polish defenders again made extensive use of barricades and the Germans attacked along some of the very same streets they had used five years earlier (and that we used in the game).

The German force mix was entirely different, though: after a preliminary heavy bombardment by siege artillery drawn from across the Eastern Front the Nazis sent in units of expendable assault infantry – SS convicts, Azeris and Russian deserters – supported by combat engineers with flamethrowers and demolition robots and some heavy assault guns. Nick’s game illustrates that this would be a far more effective force mix than the one we had available: clearly the Nazis had learnt their lesson. I should note that the assault troops went on to perpetrate some of the worst atrocities in human history against the population of Warsaw.

The game IT worked very well. Discord was well suited to a scenario involving multiple command posts as it seemed to treat breakout rooms significantly more smoothly than Zoom, and map movement using Conceptboard was easy and effective. My only hesitation is that the need to download the Discord app might prove an entry barrier to some players, but that may not be the case.

An excellent and informative game. Thank you, Nick. 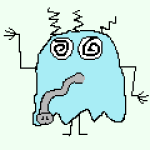