Megagame 1866 And All That, And Some – Offside Report

This is an offside report by Becky Ladley about the Megagame 1866 And All That, which originally appeared on BeckyBecky Blogs.

For the second weekend in a row, I traveled down to the south to take part in a Megagame: 1866 And All That.

This one couldn’t have been more different from Aftermath last weekend. It was set in (huge surprise) 1866, during the Austro-Prussian war. Now, I wouldn’t say it’s a period of history that I know a huge amount (or, really, anything) about, but luckily my boyfriend is a history nerd and filled me in.

Megagame 1866 and All That Setting

Basically after Napoleon did his conquering shit and beat the crap out of the Holy Roman Empire until it fell apart, there was a bit of a disagreement between Prussia and Austria over the future of Germany. Would Austria control “Greater Germany” that would cover most of modern day Germany, Poland, Austria and Hungary, or would Austria be excluded, leaving Prussia in charge of a lesser Germany that’s similar to the modern day country?

Naturally there was a load of other stuff that was disputed too – the Italians came in on the side of Prussia, hoping to nab the Austrian-controlled Venice from them. There was a dispute over some parts of Denmark that I didn’t really understand. And the West German states were mostly on the side of Austria, though some were neutral and some sided with Prussia.

Historically, Austria got defeated, and that’s why it’s a pretty small country these days, and why Venetians speak Italian. But all of that could change…

For this game, I was a Control member (one of the game runners) responsible for managing the Italian Game Map.

Little did I suspect how intense it would get later…

On my map were the whole of the Italian team – the king, the Prime Minister, plus two armies with three players each (Commander, Chief of Staff and Operations Officer) – as well as three Austrians sent over to “put down the Italian army quickly so they could get back to the real war”.

That’s right, the Austrians committed far more men than they did historically to the campaign in Italy. The idea was to end the war on the Italian front quickly so they could divert their forces to the fronts in Bohemia and West Germany. Of course, it didn’t go down like that – the Italians had far more forces than they’d planned for…

Part one of the game was 90 minutes of PLANNING. Which meant all the teams scrambled round attempting to understand the rules and the amount of troops they had and I mostly wandered about. I did try out LIVE VIDEO for the first time, so take a look to see what a Megagame actually looks like:

Most of the players on my table were relatively new to Megagames, with only a game or two behind them. And I’d only done a Control position once before, and in a hidden map game that meant I had a lot of support from other Control members. So basically… I messed up quite a bit.

I missed a few rules out. I got the turn order wrong. The first couple of turns ran long. By the end of the second turn, I was regretting every decision I’d made about coming to this game and being a map control.

Then I had schnapps and things got better

There’s also the difficulty that Megagames aren’t straight board games – you don’t play to win. You don’t follow the rules and optimise to get the best result. It is incredibly important to roleplay – to understand that if your general gives an order, even if it’s a dumb order – you have to follow it. It’s important to follow the rules of honourable conduct, and Control could give red stickers representing medals of honour to players who “faced the enemy with courage” or “withdrew honourably”, rather than sending men mindlessly to their deaths or using unscrupulous tactics. There was also tons of pressure from the Great Powers (Britain, France and Russia) to end the war quickly – and a Will to War chart tracked how much a country supported their men in the field. So there was a lot more to consider than just “how do we win all our battles and kill the other team quickly”.

It didn’t help that the first couple of turns were some of the bloodiest in the game. The war was new, everyone was psyched up to fight, every army wanted to see battle and draw blood. There were six opportunities for battles in the thirty minutes of map time, and there wasn’t even a restriction of one battle per round.

One of the first fights of the game, at Brescia, was brutal. I’ll be honest, I don’t remember the ins and outs as it was all caught in a flurry of oh-god-what-is-going-on-did-I-remember-to-do-all-the-stuff, but the blood thirsty Italians in particular were thrilled at such a horrific battle.

“It’s corps, not corpse. If you’re fighting with corpses you’re doing something wrong.”

A few turns of chasing each other around the map ensued. The Italians managed to siege down a minor Austrian fortress, and a couple of minor frays were entered into.

After this, the Austrians sent another of their commanders to join us at the Italian table. I think they’d realised that their plans to knock the Italians out quickly weren’t exactly working.

This led to the biggest Italian defeat of the game. One of their armies managed to get trapped in between Milan and Turin by two Austrian forces, with nowhere to retreat.

You can’t tell, but thousands of men are dying here…

The toss up, as they saw it, was to surrender (meaning they lose all those units) or to fight to the death (unrealistic for any general to order his men to do, but from a metagaming perspective they’d be losing all their men anyway). I managed to persuade them that they’d lose tons of honour stickers and “Will To War”, and got the teams to engage in trying to negotiate a surrender.

Neither side could find a compromise, but the delay allowed the King to find a solution. The soldiers retreated over the Alps to France, and were functionally out of the game.

Not long after this, the Austrians took Milan. This was a huge blow to the Italian Will To War, and for the rest of the game they were taking hits to their armies from deserters fleeing the battlefield.

After this (which happened in, I believe, turn 3), everything turned around. We were finishing game turns on time (actually, pretty early, sometimes only taking 15 minutes to do a 45 minute turn).

The Austrians were happily besieging Turin, and the Italians had split their remaining forces in two. Half managed to take one of the Quadrilateral (a group of four fortresses whose possession could dramatically affect the Austrian Will To War), while the other half headed up to the “1 turn to Vienna” marker, hoping to make it across to the Bohemia map. Unfortunately, a series of misinformation meant that they just plain couldn’t – lines of Austrain fortresses were in the way, and the “1 turn” was intended to be for Austrian armies only – no one imagined that the Italians would make it that far.

Instead, we decided that the turn they’d missed had been spent resting in the mountains and doing a bit of trainspotting. And drinking wine – it was around this time that the real wine was broken out.

Of course, while the war waged, political negotiations were going on. For several turns, we were repeatedly told “there might be an Armistice coming soon”, to which I said, “well, there isn’t one now”, and let the players keep on fighting. A few battles were entered, with minor losses on both sides, and then the word finally did come through – the King had entered peace talks with the other powers, and a ceasefire was in effect for the duration.

The Italian players were furious. What had started out as a warmongering nature nearly ended in a military coup. The Commanders were threatening to break the ceasefire if the King didn’t send more bread (presumably not considering that men on the march were hungrier than men at rest).

The Austrians sat calmly, waiting for the verdict to come back. They knew they’d failed in what they’d been set out to do – through no fault of their own, but simply due to superior enemy numbers. They’d done a good job, but they wanted to go home.

A tense twenty minute wait followed. Just as I thought I’d persuaded the Italians that breaking a ceasefire probably wasn’t in their best interests, word came back – fight on.

The glee in their faces was unmistakable. They had surrounded the Austrians at Verona. The Austrian Commander knew he couldn’t just withdraw from Verona and leave it to be laid siege to. So battle was met.

It was a massacre. The teams were incredibly evenly matched, with five formations on each side. Every single corps took a huge number of hits, every single battle front broke. No one won. Everyone lost.

And, with that, the game was called.

The game finished, we entered the main room to discover what the hell had been going on in the rest of Europe. It turned out that, with the majority of Austrian forces sent to Italy, they had been thoroughly smashed in Bohemia, and Prussia had also won out on the West German map. The peace negotiations (which the Italian King had left in disgust) had resulted in King Wilhelm being declared Kaiser across all of Germany.

Just to make everything more complicated, they were actually running the same game twice simultaneously in the same room.

King of Prussia in an alternative universe…

So while the Game 1 Italians were dealing with a huge Austrian force, in an alternative universe just a couple of metres away, the Austrians had offered a peace deal. In return for the Italians switching sides, they’d get Venice. And when they refused that offer, the Austrians sent a tiny army, backed up by several corps of dummy forces. In this world, the Austrians made it to Berlin, but were still soundly beaten in the end.

And next? We retired to the pub, to discuss our various adventures around Europe, to drink with our allies, and to forget all enmity over a glass of wine (Italian, if you please). 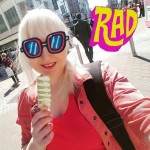