This is an onside report from the Chestnut Lodge Wargames Group annual conference in October 2014.

game. For the uninitiated, this is a development of a set of simple early 20th-century wargame rules based on 54mm (1:32 scale) toy soldiers, and matchstick cannons; invented by H.G. Wells over a century ago. Basically we found the rules work really well, though obviously using matchstick cannons is rather easier on a smooth surface like parquet rather than a lawn, where you would get far fewer hits as the matches would not skitter along.

We noted a few things which are already in the rules, but perhaps need clarification for a larger scale naval battle.

Firstly, it important that the wheels of any matchstick cannons used are touching the deck or gunwales (hull walls) of the ship when firing.

Secondly, only shots deemed to be from the cannons themselves count as damaging the enemy ship. Matchstick shots representing rifle fire from marines on board the deck only count as against personnel on the enemy ship, not against the ship itself, so the firer must make sure his target ship’s captain knows which kind of fire is which: NB artillery fire is always BEFORE rifle.

Thirdly, I suggested that when boarding actions are taking place, two crew have to be allocated to managing the boarding ramp and cannot take part in the actual boarding of the enemy vessel, in addition to the two crew on the Bridge necessary to control the ship.

For manoeuvre we deemed to that a 45 degree turn counts as one foot of movement. For example if a ship has a 3 foot move, it could move 3 feet in a straight line, or turn 45 degrees and move two feet, or 90 degrees and one foot.

For damage purposes we think it best to stick with a simple system of 10 hits on the FUNNEL or 50 hits to the ship itself sinks it. We discussed more complicated systems such as hits reducing speed or manoeuvrability, but considered that given the nature of the game, it was unnecessary to go into such complexity.

A great idea from Jerry Elsmore is to keep track of number of hits by placing a successful matchstick on the deck, or in the Bridge, to monitor progress towards the 50/10 needed to sink her. We thought as damage accumulates you could swap each ten sticks for a coin on deck, to make it easier to keep track.

We also tested out some ideas about shore batteries, and moving troops from boats too shore. My current plan is that sometime in summer 2015 we will have a little garden war which will probably involves some naval battling and probably also an amphibious operation landing troops to attack a port or perhaps an island. Anyone thinking of coming along, you may wish to get yourself some troops [the Armies In Plastic range is excellent] and/or making some vessels, see below.

Notes about building ships for the Little Garden Wars game.

Jim Wallman and I have both had a go at making little ships for the game and you can see photos on Facebook or on application. Ship should be no broader than one foot {30cm} and no longer than two and a half feet (75cm}.Talk to either of us if you want or need some building tips but here are the basics.

Sticking it all together is rather fiddly and a Hot Glue Gun is the best tool, though you can work with No More Nails or even epoxy such as Araldite.

We find it’s best to start with cutting out a deck shape from a material such as 5mm foam board. I suppose you could use another reasonably stiff material such as hard plastic sheet, balsa, plywood or even MDF but I don’t think cardboard will be rigid enough for this job unless you make a multiple laminate.

Then add a base an inch or so high, such as a few blocks of wood, or I used the plastic lids of coffee jars. Then use cardboard etc. (I used the box a kitchen bin came in) to make a hull (plus gunwale) round the outside, which is the little wall rising above the hull and deck of the ship. The hull + gunwale on my assault ships ‘Brabantia’ and ‘Glasdon’ is two and three-quarter inches in total, making the gunwales one and three quarter inches from deck height. I made mine double thickness for strength. You need a surprising amount of cardboard to do this! Don’t make it too tall; you need to make it so that a cannon or a standing infantryman can fire over it and hence so that enemy matchstick fire can hit your crew. Otherwise it would be unfair. And by Jove, this is a game for gentlebeings!

You can then add superstructure, for which I used an old plastic index card box; and which must include an open BRIDGE big enough for two figures to stand in; as a hit on either of them causes a loss of control to the ship until remedied: I found the inside of a box of cook’s matches is just right; and must also include a FUNNEL on the top of the superstructure made of the inside of a toilet roll. Hits on the Funnel count as ‘critical’ during combat, so this must not be omitted.

Jim also recommends making a GUN PLATFORM somewhere on the Deck, i.e. a matchstick-cannon-sized circular dais with a low semicircle of armour. You can then finish off by painting the whole thing (spraypaint primer grey or white seem de rigeur) and adding masts, hatches, ropes, details, names, flags etc. to taste.

As it’s pretty much all recycling, these are not expensive models to make, though of course you have to have a place to store them! I will offer an anchorage in my Den to a reasonable number of CLWG member vessels if that is a problem for you. Happy Shipbuilding! 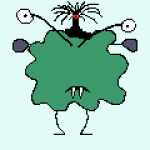