What does a Greek(ish) city in 2nd Century BCE Asia Minor want to do with its’ time? That is the million dollar question that came out of my R&D session at May’s CLWG outing. Through presenting a game I’ve been developing  it’s clear the next stage of the design will be the ‘City Management’ portion – but what it needs to look like, and what it can look like, are two very different concepts that I’m still wrestling with.

Codenamed ‘Imperium’, my game specifically aims at covering an unprecedented (as far as I know) historical event that happened in 133 BCE. Attalus III, King of Pergamon, dies without an heir and bequeaths his entire Kingdom and treasury to the Roman Republic. At this point in time Pergamon controls a large swathe of western Asia Minor, so this is not an insignificant amount of land and it hands the Republic a never-before-seen level of physical presence and influence in the Eastern Mediterranean.

Naturally, there’s some resistance to this turn of events. A man named Aristonicus rises up and claims to be an unknown son of the previous King, and leads an army in revolt against the remaining Pergamene administration trying to see that the Will is carried out. There’s a war, lots of people get involved and the Romans turn up (eventually).

So, the primary elements of Imperium are:

I have planned/designed more for the game, but the focus of this current discussion is the teams that will be dwelling and interacting on the Asia Minor map. At the moment, I’ve gone with a City-level game because the issue of the Attalid legacy inspired widely different reactions from different areas of the former Kingdom. Many might have rightly resented the coming of the Romans, although it’s unclear how many cities Aristonicus won over to his side vs. out-right conquest. It is mentioned that the will freed many of the Greek coastal cities from tributary obligations. Aristonicus trying to reinstate central control would have threatened this new freedom, so these stake-holders may have certainly been in favour of resisting him, although perhaps more ambivalent towards Roman rule specifically. It would depend If the Roman team decided to honour that part of the agreement.

Regardless, there is a potential for each individual City team to have a very different opinion on the Will and the outcome of the crises. While needs must there be at least one team locked into trying to enforce the will, with another playing the role of Aristonicus (who will probably need an economic base for mechanical purposes), the rest of the teams in theory could fall anywhere in-between. That’s not to mention if we populate the game with the minor Kingdoms on Pergamon’s border, like Galatia, Bithynia etc.. (some of which intervened in the crises before even the Romans turned up).

Historically, Rome was very slow at deciding what to do with the Will – it took a couple of years for them to even send a fact-finding mission  and a lot of fighting had already taken place by that point. When Rome did eventually send a couple of legions, Aristonicus was already on the back-foot and hiding in the interior, although that initial expedition was defeated anyway. Rome sent out a second army, which emerged victorious and the Consul in charge is the one who made the final settlement with regards to the Will, especially in terms of who got what land, and the relationship between Rome and the former Pergamene cities. Out of this the Province of Asia was born.

The Pergamon City teams then are integral to what the in-game’s version of this event will look like, and the following factors are what I consider the most key elements here:

My presentation skills are not what they could be, so my run-through of the various game elements was a bit disjointed. But the City game is definitely under-developed and needs work, which is why we’re here. But here we come back to the question – what should it look like?

Jim commented that some of the rough ideas I had for the game didn’t feel historically authentic in the same way other elements that I’d designed did, which is a fair comment. Truth be told, I haven’t done a lot of reading into how cities governed themselves and the kind of activities they got up to in the 2nd Century BCE. A part of me doesn’t actually care, but I don’t want to be completely off-base so some research needs to be done. What is definitely more important though is that the City-game be mechanically engaging, as well as relevant to the wider crises.

An early idea I had revolved around some inspirations I’d taken from both the recently released videogame Imperator: Rome & John Mizon’s off-brand Battlestar Galactica game. Essentially, I wanted there to be a population & resource management dynamic where there are several competing needs demanded of a city’s resources – including the need to fight the war for/against Aristonicus, even if that doesn’t kick in right-away.

Populations need to be assigned to various nodes of interaction to help meet a city’s basic needs and/or to generate resources for outside trade and commerce. Given that standing armies (ones large enough to fight wars on their own at least) were a rarity in this era, populations would also need to be assigned to be raised as levies. But for every levy pop, that’s one less pop growing food…. And so on.

There should also probably be an element of self-improvement or internal progress to act as a resource sink. Again, this is where research would come in handy – what did city governance look like in this era? Basic things such as tax systems and security can only be expanded out so much, and if one adheres to Jim’s ‘So What’ test Cities (rightly) should have a purpose outside of representing a cog in the war machine.

There is perhaps some kind of Council-like game that could be run instead. Similar to how the Senate game is run, a team representing the ruling magistrates of the played cities could instead debate national issues between them and deciding on a general ‘Policy’ for the city that year. That policy will generate certain pre-determined resources and assets which are then used at the operational level for various functions – whether it be war, trade or furthering some larger agenda. I worry this may not wholly provide the ‘meat’ that the Asia Minor game needs to make the Senate decisions have impact, but it’s worth exploring.

Ultimately, Phase 2 for Imperium is to focus on the city game and come up with some prototype rules and mechanics (will need 2+ versions for comparison) and then return to the Lodge for some actual play-testing. 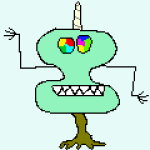