I’ve been drawn back the last two years into reading about Operation Market Garden through going back to the museum in Oosterbeek, a battlefield tour and helping out in a miniature wargaming project. I’ve also branched out into other operations in the Netherlands in 1944-45, such as the Battle of the Scheldt, operations in Noord-Brabant and Limburg in October-November and the liberation in the northeast in April 1945, but let’s just stick to OMG for now. These are the English language books that I have read with interest.

Lost at Nijmegen by Dutch author RG Poulussen is one of those books that opens a lot of people’s eyes to inconsistencies in the view that OMG was lost because of a lack of drive from 30 Corps. How then, asks Poulussen, could it be that when Guards Armoured Division arrived in Nijmegen on the 19th of September, the bridge was not held by the American paratroopers, as might be expected? Poulussen tries to dig through the sources, especially postwar interviews, to find out how the bridge was dropped as an objective for the first day of OMG, and what later delayed it’s capture, finally necessitating the risky river assault, by which time the bridge in Arnhem had been wrested from the grip of the British paras. Good read on perhaps the essential question of the campaign.

Little sense of urgency by the same author, is a bit of a chronicle of OMG, describing the planning and events on each day in some detail. Nice to have, but Lost at Nijmegen is the more important book

David Truesdale’s Steel wall at Arnhem and from Delhi to Arnhem. 156 Parachute Btn and 4th Para bgd by John O’Reilly describe the destruction of 4th Para brigade on the 19th of September in desperate attempts to break through to the Arnhem bridge and their retreat to the Oosterbeek perimeter. These events tend to be overlooked in favour of the action of 2nd Para btn at the bridge and the attempts to hold the bridgehead at Oosterbeek. But when you realise that these battallions suffered 75-90% of their strength in two days after their landing on the 18th, you can see the weakness of these lightly armed troops against German defenders with some armoured support, although I get the feeling that the shambles of the retreat might not have occurred with more experienced troops and leadership. O’Reilly’s book has excellent detail maps!

John Buckley’s Operation Market Garden. The Campaign for the Low Countries Autumn 1944 Seventy Years On. is a collection of papers from a conference in 2014. It contains a lot of lesser known context to Operation Market Garden, such as the planning for Airborne operations in the summer of 1944, the lessons learned from previous operations, and also how lessens were drawn for OMG and employed in the Rhine crossings in early 1945. Also a detailed study of Corps Feldt during OMG and river crossings by the Poles in the Scheldt campaign at roughly the same time as OMG and Monty’s plans for a follow up on OMG. I liked it a lot to fill in certain gaps of knowledge.

Fighting the British at Arnhem by Bob Gerritsen and Arnhem. A few vital hours by Scott Revell . These two books zoom in on two of the German Kampfgruppen that played an important role in the failure of the airborne missions around Arnhem. Gerritsen focusses on the SS NCO School battallion that formed the core of Von Tettau’s efforts from the west, while Revell looks at KG Krafft who held up the 1st and 3rd para battallions as they tried to reach the Arnhem bridge on September 17th. These in depth studies help to clear up shifting composition of Kampfgruppen over the course of the battle and give an insight in the fighting. Their lack of success in reducing the Oosterbeek perimeter, despite some considerabe armoured support just shows how hard it is to attack with insufficiently trained and motivated troops in an urban environment (perhaps the best comparison to current urban warfare eg in Ukraine one might study).

The books have lots of information (and pictures) from the unit in the period before OMG that they were stationed elsewhere in the Netherlands. Although this is in some ways informative, it also sometimes feels a bit too close to these soldiers as if they are not an occupying force, and in some cases involved in active repression (such as the SS-Wachbattallion 3 that guarded the German police and Gestapo camp in Amersfoort).

De Perimeter. A booklet for a walk around the Oosterbeek perimeter. Good thing about the book is that the sections are tied to stands along the route, so you can easily recognise. I think there is an English version as well. Linked to an exhibition at the Oosterbeek museum and a podcast (in Dutch) 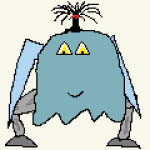 Join 119 other subscribers.
My Tweets