Here is a preview of the playtest session that Ben Moores will be running at the CLWG Conference this weekend. It’s the beginnings of a megagame of the French Wars of Religion in the latter part of the 16th Century.

I loved Renaissance and Reformation, so much so that I had problems sleeping that night due to the amount of adenine still rushing around me. Making a sequel was an obvious choice but I wanted to make a different game. One that represented international tension but also had a domestic political challenge as well.

There were a number of aspects that I really wanted to capture in Spanish Road. Perhaps most importantly I wanted to create a system where every player was impacted by decisions about reforming and modernising the state. In Spanish Road the focus for regents is to centralize their respective states. For the nobles and factions it is about trying to slow that or make it work to their advantage. So not only is there a stability matrix but players have direct connections with provinces, religious patronage and titles which gives them income, militias and renown.

Renown is a new system in Spanish Road for players to compete at a global level to be the most famous and accomplished noble of their era. It’s like a national prestige system but at the player level. The renown system also acts as cash sink should the game develop in a more peaceful manner.

Furthermore I have added a trade system in Spanish Road that will be directly related to improving stability, naval power, international conflict and loans. Loans will be deeply meaningful and bankruptcy is a real threat that will have a wider impact on the whole trade network. The military system is simplified but focused on the high randomness of mercenary demands for pay which allows for sustained campaigns but also the opportunity for disaster.

In hindsight I am not sure that picking a topic on which it turns out that I knew nothing was such a good idea. It turns out that the 1565-1585 era was far busier than I could have imagined. For example the Ottoman Empire has turned out to be incredibly active after the death of Suleiman with domestic change and sustained international conflicts with old and new adversaries.

The game I am going to run at CLWG will be one table of ten, the French table from Spanish Road. This trial will be a full version of the Spanish Road megagame bar the trade and loans system.

The French wars of religion were really a four-way conflict between the forces of centralization, conservatism, reform and reactionism. Within those brackets are interests that sit across those competing forces creating difficult choices at every turn. This stage of the war saw outright conflict with various forces changing sides repeatedly, international forces intervening and extremist elements taking events to their illogical conclusion. In some respects the French Wars of Religion are perhaps the most up front part of the era but there remains tremendous scope for paranoia and tense faction building.

The game will focus around who can control the regent, who can dictate and enforce state level religious positioning, whether stability holds up, the personal loss and gain that religious reformation brought and of course there will be a strong military aspect. Even if differences are resolved there remains the real problem of how to reform the French state and who is going to benefit and loss from such a change. 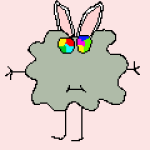