The Last Emperors was run by John Bassett at the March 2016 CLWG meeting. The game is about the aftermath of the fall of Constantinople in 1453.

English: A picture of the fall of Constantinople by Theophilos Hatzimihail (Photo credit: Wikipedia)

I arrived nearly an hour late for the CLWG March meeting, due to circumstances beyond my control (remind me to design a game about driving through London sometime, just so I can spitefully destroy it). As I walked through the door, John B was just about to start a session of his entertaining game The Last Emperors, set in Greece and the Balkans during the aftermath of the fall of Constantinople to the Turkish sultan Mehmet II in 1453.

John had a special casting treat in store for the latecomer. I was immediately thrust into role as “an attractive young man”, a scion of the Acciaioli family who had ruled as Dukes of Athens for decades but whose grip on power was threatened by the advance of mighty Turkish army. However there was a twist, which I hesitate to describe as being “in the tail”.  At this time, the young Francesco Acciaioli was (according to Gibbon’s Decline and Fall) a catamite in Mehmet’s harem. The dictionary definition of catamite is “a boy as the passive or receiving partner in anal intercourse with a man”. In modern times, a more likely description would be “victim of child abuse”.

My emotions were mixed. On one hand, I was mightily relieved that I hadn’t chosen this particular session to introduce my ten-year-old son to the joys of gaming at Chestnut Lodge. I’m a fairly broad-minded parent on the whole, but even for me answering questions along the lines of “What’s a catamite, Dad – and can I watch?” in front of a roomful of gamers would have been a bit tricky. On the other hand, the physical realities of this role were brought home when sultan Mehmet, mighty conqueror of Christendom (in the person of my friend Nick Luft), embraced me warmly and promised me his special personal attention. Fond though I am of Nick, I wondered whether staying in the traffic jam from which I had just come might have been a preferable fate.

However, I don’t wish to dwell on medieval sexual practices. Instead, I thought I’d write about how I got something out of this challenging game situation: I knew nothing of the game mechanics, having missed John’s explanation; I didn’t know anything about other roles or who was playing them, other than a few mentioned in my briefing; I had no time to consider my strategy, or do any diplomatic networking. I just had to play. So, what did I do?

First of all, I trusted the designer. John did not write this character into his game just for the hell of it: he believed there were plausible circumstances where a player in this role might influence events. It was up to me to figure out what those were, and therefore how I could sway the game in a way which might improve my character’s present position (apparently, a rather supine one). I concluded I had to exploit my weakness, so I didn’t shy away from the salacious nature of the role, but tried to embrace it (and Nick).

The Eastern Mediterranean in ca. 1450 AD. The Ottoman Empire and the surviving Latin possessions in Greece are depicted. (Photo credit: Wikipedia)

Secondly, I tried to make myself useful. I’ve been in similar circumstances before, playing a role which appears powerless or incidental to events. On those occasions I’ve found it helps to look useful: focus on something you can do which might make another player appreciate your presence, and you’ll rarely regret it. On this occasion, I worked out some probabilities for combat outcomes and helpfully supplied them to the Turkish high command. People like being helped, and usually reciprocate. Without allies, you are nothing.

Thirdly, I kept my eyes open for my moment, and when it came along I seized it. Often, a role has its own moment, and they usually don’t happen twice. I concluded my character was the obvious candidate to act as a Turkish puppet ruler of Athens, which seemed the only realistic way for this lowly catamite to achieve his objective to restore legitimate Acciaioli rule. (Sorry Tom, your character was not legitimate but definitely a “usurping slut”: this must be true, ‘cos it said so right there in my briefing.)

To pull this off, I had to look like a safe bet to the Turks (by making the most of my relationship with the sultan) while simultaneously being the least bad option for the Greeks (by trumpeting my heritage). Therefore, the moment the Turkish army successfully stormed Athens (remorselessly marshalled by Jim, and despite Mukul’s brave but hopeless defence) I seized the moment to declare myself the rightful Duke. I brushed off questions about my legitimacy and my past, and focussed on looking like a viable choice for all concerned. After all, the “usurper” was dead and the “slut” had fled, so there was a power vacuum – and as we all know, the thing to do with those is to fill them.

The game continued for two more turns, as I strove to consolidate my sudden accession to power despite pressure from all sides. I had virtually no army, not much sway over the Turks as long as Mehmet was busy elsewhere (though my earlier actions may have earned me a little) and even less trust from the various disunited factions of Greeks, Italians and pirates clamouring for a response to the Ottoman menace. Amazingly, I managed to avoid either death or a fate worse. I suspect if the game had run its course I would eventually have emulated my character’s historical fate – which unsurprisingly did not involve dying in his bed at a ripe old age, beloved by all who knew him. However, I achieved my objectives and I had fun – despite a rather less than promising starting situation.

As it turned out, being Nick’s catamite was more fun than being in a traffic jam after all. Who’d have thought it? 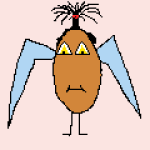