This is an onside report on the Washington Conference Centennial megagame by Dave Boundy.

I always find reports on my own game are difficult. The trouble is that I am so intent, during the day, on answering questions, sorting out problems, watching the clock for turn announcements, checking that people are ok, flitting from one meeting to another, from team to team, that I really don’t get much of an understanding of events during the day. Still….here goes…

Washington Conference is an oddity in Megagames. It has no operations. No pieces to move, no combat, no forces. It is totally based on negotiation, diplomacy and politics. The only other one at the moment is Brian Cameron’s Dancing Congress/ Congress of Vienna game. So it’s hard-core Megagaming and only appeals to a minority….except that’s not true: almost everyone that plays enjoys it and gets immersed. On Saturday, we had a load of newcomers – and they enjoyed it, as well as some very experience players, who played because they enjoyed it.

As a game design, it’s easy in a way: all I had to do was to reproduce history. Characters at the time were larger than life. The Press had major players like H G Wells, F D Roosevelt, Ida Tarbell. Characters such as the Japanese admiral Kato Kanji seemed capable of spitting blood, Admiral Earl Beatty toured the USA to feed his vanity, in fact all delegates had expansive characters and were interesting.

The political and military situation was also fascinating and presented delegates with a series of interlocked challenges. Fleets were too big to be afforded, but not large enough to do the job. The task can only be reduced if everyone agrees to reduce fleets. The situation in China needs to be improved, but improving the China situation costs money that comes from naval budgets, making everything more difficult. Submarine warfare can play its part, but is seen as aggressive and immoral. Bearing all of this in mind, the players astonished me by actually coming to agreements and signing these treaties.

I really enjoyed my day and I’m pretty sure everyone else did too. Becky did a live stream of the final half hour of the game and will be posting copies of the Baltimore Sun, as produced by the Press players on the day. Thanks are due to all the players – excellent play.

The Conduct of War

Treaty produced by players at the Washington Conference centennial megagame agreeing limits on the conduct of war (Photo: Dave Boundy) 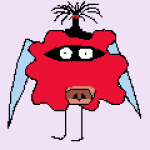