Copper & Cows was a design session and tryout run by Jonathan Pickles at the CLWG Conference in October 2016. Copper & Cows covers one of Jonathan’s obsessions, the Mexican Revolution. This design session was trying to get a realistic campaign system.

I wrote some design notes for Copper & Cows to say what I was trying to achieve. It arose after I had a look at my old Mexico Game rules & was taken aback at their complexity. It also followed from chatting with Andrew H about my perceived deficiences in his campaign game systems 😉

I have held that the ideal large multiplayer game would involve no umpire intervention. This obviously takes the view that for most people the most rewarding part of play is interaction with other players. With very light, abstract mechanisms you can spend almost all of your time walking about chatting to people which is the essence of big RPGs/Megagames.

To do this I made some very abstracted operational rules that allow players to visit the map when they feel like it & do a bit of military stuff but spend most of the time interacting. Th

There are a lot of potential points of failure in this.

1) A major aim is simplification. As this happens through abstraction there is a risk that you lose the ability to relate to what is going on. In other words you can lose mechanical complexity, or at least fiddliness, but gain “conceptual complexity” so you achieve no real benefit. Or it might just feel too weird.

2) Alternatively the operational game may feel so lacking that anyone who wants to focus on that even a little bit gets bored.

3) The operational game is not adequate to represent the historical situation even at an abstract level so it fails to feel remotely historical.

4) The “other stuff” may not be involving enough for people. This is a particular issue in this specific case. The political stuff works in its own right but might not support a whole day. The operational game may not give enough of an interesting backdrop to the politics if it is too simplistic. Characters with individual stories & a more detailed personal game would mitigate this. It is not really possible for me for Mexico as there is too little information in English but would be possible for an RPG or another period. If this does not work then the whole exercise is pointless 🙂

5) There is also the fact that the actual implementation just might not be very good – the numbers for money & combat may not be tuned right (!!)

So that’s the background You may have noticed a Koan like statement I made on facebook about streamlining mechanisms so much that they left you without enough to do – this was the reason.

The game used my old simple issues for/against model for the political side of it. The operation system had players with one value of “reputation” which reflected popularity & renown & assumed you recruited as many people as you could – so it was also military strength.

The map was a point to point one with points either being large wilderness areas or towns/cities. The connections were trails or railways. You needed munitions to carry out military operations effectively. To buy these you needed to export resources (copper & cows) or own border points which generated “customs” revenue or gambling etc over the border.

Changes from the previous version

There were a few major abstractions or consolidations from the previous incarnations of the game.

i) Reputation was folded into actual military support. Before higher reputation let you recruit more. The game assumes that everyone recruits to the maximum & so they become the same. I also made it is a logrithmic function. This makes sense but means adding forces together is weird.

ii) Munitions cost the same everywhere. Before I essentially had import rules so they were harder & more expensive to get if you lacked access to ports or the US border. As access to ports/the US border gives you more money in anycase I just folded it all into that.

iii) You did not have a players piece on the map or any markers for troops. You had a base of operations & could fight people near to this. “Near” was in fact a very long way along railways but this did not really come up. You could also garrison towns & cities. This more or less represented the real situation as far as I can tell. It also avoids issues with players not being where their pieces are & allowing some attacks on players that are not at the map.

iv) Since I did not want formal phases in the operations part each action after the first cost you money to carry out. This was marked as fatigue on your base. The idea was people could come & go & still do stuff but were limited by money not so much by time.

I hit 1) above a bit as the strength/reputation is a little confusing to get to grips with. Players also diverged massively in what they achieved based mostly on randomness.

There was not a lot of income to go around & it was clumped & so some people rapidly found themelves without any other than attacking towns & this was highly risky & variable. It was very rewarding if it worked. On top of this it was hard to help other people do anything which meant that some people were functionally eliminated straight away. I am not averse to people succeeding much more than others & quickly too but it should be more dependent on their actions & not chance.

People seemed OK with the card driven combat system. It was designed to add a bit of player involvement into the randomisation process. My brilliant one die roll no adding super fast system for the Dark Ages was not a hit with the ignorant public & this was a response to that.

Most people seemed to think there should be some consequences to the policies that you support. If your support is based on you following one agenda then changing it ought to lose you some of that support. I will try to implement some of these relationships. Some of this will be through actions that you may take if you are doing the right thing. I prefer to have rewards rather than penalties as rewards are self policing & seem more encouraging. This should enrich the political game & the relationship between it & the operations.

I do think 2) is probably valid – military operations are not super involving however turns are supposed to be fast so that should work it out. It seems adequate to get historical feel though it needs tuning.

I am still a bit worried about 4) especially as with faster turns you might get everything sorted out in even less real time. We did not really test this especially pre generated cross table factions as there was only one table & I know it sort of works. Adding the real game consequences of policies should help fill it out. Maybe also other roles – business men who you on the one hand extort & on the other encourage to build strategic railways (Yay train game!)

All in all it worked to some extent & certainly seemed worth developing into a club game for the Games Weekend.

My plans are to tighten up the Copper & Cows systems & test a bit locally then have a proper one or two map game in April. I can do a 3-5 player map & a 4-6 player map to cover 3-11 players.

Changes I plan to make to Copper & Cows include:

I had to panic download a free trial of Office for cards for this one I am expecting to have to do the same for some sort of mapping program for April. or to sweet talk Mukul 🙂 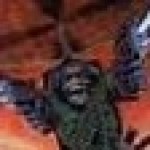