For this session I offered the following question as a starting point “Obviously shooting at someone is a direct means of influencing their behaviour, but in the modern world much is made of ‘influence’ as a means of changing your adversary’s mind non-kinetically. Can we successfully (and realistically) reflect this in a wargame?”

IN particular I am interested in how ‘influence’ might be working in the contemporary world. We have many examples of how, historically, influence is applied and what effects it has. But there may be something qualitatively different in the early 21st Century that distinguishes it – the process are similar but the speed and reach of modern communications may create special circumstances. To quote Emile Simpson in War from the Ground Up : “War today is in the process of undergoing another evolution in response to social and political conditions, namely the speed and interconnectivity associated with contemporary globalisation and the information revolution.”

And what are ‘influence operations’ anyway? In 2009 the RAND Corporation defined it (in a typically US-centric way) as :

“…the coordinated, integrated, and synchronized application of national diplomatic, informational, military, economic, and other capabilities in peacetime, crisis, conflict, and postconflict to foster attitudes, behaviours, or decisions by foreign target audiences that further U.S. interests and objectives”.

Not necessarily all that clear and might be summarised as “Doing stuff short of actually shooting people to get them to do what we want”.

We certainly have modern examples, and the one that springs to mind is the actions of Russia to put pressure on NATO and its Eastern European neighbours. As a a recent UK MoD paper said:

“In the shades of ambiguous indirect ‘grey’ that provides the context for constant competition, the Kremlin moves quickly and opportunistically, taking risks and breaking rules. Their aim is known: to play divide and rule games between western nations and within them, exploiting ethnic, political, regional, religious and social elements, increasing polarisation and weakening our political will. “

All very interesting, and the start of a very wide-ranging discussion in the session about influence, politics and social media. But I also wanted to focus on an actual game. In this case there were four things I aimed to cover in the session.

The main focus of the session was to discuss in more concrete terms how a wargame with the primary focus of influence operations might be constructed. We started with the time-honoured framework of a putative conflict between Ruritania and their ancient enemy Bosrovia, possibly over conflicting aims for a troublesome and contested border province.

We looked at how social media might be modelled, with an excellent suggestion from John R to ‘build’ a social media campaign using cards linked together in a similar way to the mechanism used in the classic game ‘Illuminati’.

One of the key issues was how to model effects – how do we know whether the action we are taking to try to influence has actually been the cause of the outcome. For example, we know the Russians interfered in the Brexit referendum, but are we sure it made a difference to the ultimate outcome.

Important to all this is is understanding the levers that influence decision makers who are enacting policies. Public opinion might be a factor, but it might not if the general public are not the stakeholders the decision makers are concerned about.  Internal party influencer, financiers, even what school you went to might be bigger influencial levers.

And what about longer term ‘soft power ‘ effectors such as cultural exchanges, trade and entertainment? Managing both the longer term influences and the short-term crisis influences is something that may be important in the game, as in real life.

The pleayer teams capabilities must be limited by some sort of resource constraints – maybe not so much financial as cognitive or skills based. Your social media strategy might be to post hilarious memes criticising your opponents, but if you don’t have anyone available skilled in this your government might struggle to have the effect you are looking for.  Similarly governments, and their infrastructure have limitations on how many things they can make happen at once – so choosing priorities becomes a factor.

Old-school diplomacy and traditional negotiation also continue to play a part, though perhaps heightened in intensity and speed and impacted by other influences zipping around about over the internet.   Sanctions, gaining the support of allies or neutrals (or the UN, for example) was also discussed and this is another lever for influence.

So a game idea has started to take shape, which might contain at least some of the following features:

There were more things, and I’m still digesting the conversation and deciding what to do next.  But I would like to thank all those who contributed – it was a great session and considering the session was only an hour and a half, the discussion were full of really interesting points, which I hope I have captured.  Thanks!

Next step – write the game! 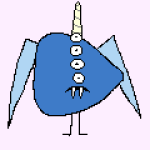